When you have to pick between two high and mighty tools, such as the electric chainsaw and the gas chainsaw, you have no other choice but to weigh the pros and cons of one against the other. In order to do that, there a few things that you need to consider:

In this battle between electric vs gas chainsaw, we will look at each of these details to help you in making a better choice.

When it comes to electric chainsaws, basically, there are two types of them – cordless and corded. They are both reliant on electrical sources for power. And, when it comes to operation, they both work the same way.

However, there is one major difference between the two. The cordless chainsaw requires batteries to run. But, in the case of the corded chainsaw, it has to be connected to an electrical outlet for power while chopping.

How does it work?

After the armature releases the torque, it is then supplied to the shaft of the chainsaw. This causes the chain that is strapped onto the guide bar to spin.

An electric chainsaw is comparatively less powerful than a gas chainsaw. It is ideal for light landscaping and yard work, such as cutting down branches, trimming bushes, hedges, and small trees.

Since they are light and compact, you can easily carry them up trees and cut down higher branches.

There are plenty of advantages to using an electric chainsaw. A few notable mentions would be-

There are two different types of gas chainsaws – a 2-cycle and a 4-cycle one. What sets them apart is that, in the 2-cycle chainsaw, you need to mix the gasoline with oil. After which, you pour the mixture into the tank, which is connected to the engine. This mixture lubricates the moving parts of the engine.

On the other hand, the 4-cycle has two separate tank compartments instead of one. You need to pour in the oil and the gasoline in each of these compartments.

How Does a Gas Chainsaw Work?

Both the 2-cycle and the 4-cycle chainsaws work in the same manner. In the case of the 4-cycle, oil and gasoline flow out of their individual compartments and pass through the carburetor, where they get mixed with the air.

Then, the mixture flows into the cylinder, where it gets ignited with the help of a spark plug. This releases a large amount of energy that drives the piston to move back and forth.

The crank and the connecting rod inside the motor then converts the movement of the piston into rotational motion. This motion generates a power that the drive shaft transfers to the centrifugal clutch.

When it comes to handling large projects, there is no beating the gas chainsaws. The engine is quite powerful, and so, it can easily chop through dense-wood.

For example, you can do timber felling for firewood or lumber. Since they come in different ranges, they are more versatile than electric chainsaws. Also, the bar length is much longer, so they are perfect for professional jobs such as disaster cleanup.

Electric chainsaws are compact and light in weight; this makes them easy to maneuver and cut through objects. Thus, they are far less dangerous than any other type of chainsaw.

Normally chainsaws do tend to get overheated, especially during summer, since they operate at high temperatures. Debris like wood chips and sawdust can block the system and cause the engine to heat up quickly.

The starter and the cylinder need to be cleaned regularly to prevent overheating. This allows the engine to release the hot air, thus letting it cool down.

3. How long do electric chainsaws last?

Electric chainsaws can run for a limited amount of time after each charging cycle. Depending on the type of model, the time frame can be between 30 minutes to 1 hour.

4. Are electric chainsaws as good as gas?

As you can see, an electric chainsaw is ideal for small to medium-sized projects. You can use them for pruning, trimming, and minor landscaping. They work silently without causing any disturbance in the neighborhood. Also, they are compact and lightweight. But they don’t have a long run-time, especially the cordless ones.

On the other hand, this is where the gas chainsaw shines. They have a much longer run-time, provided you have some extra fuel with you. Also, they are more powerful and are perfect for hard-to-handle projects. However, they are quite noisy and smell very bad during operation.

So, you really need to think decisively about the project you have to deal with and choose carefully. We hope this article on electric vs gas chainsaw was helpful to you. Thank you!

Hello there, This is Kyle and I have been more interested on woods and from my early teenage started working with them. I have great resource and knowledge to share on wood working tools and materials, which will certainly help you in your projects. 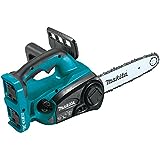 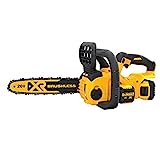